Virtual Tour of the Lyon Register

As the Lyon Office looks as if it will remain closed until well into 2021, we can have a short virtual visit to its greatest treasure - the Public Register of All Arms and Bearings in Scotland. Like Maria, we will begin at the very beginning with Volume One. Although it has no illustrations of the arms, apart from a few added by later hands, it is an interesting volume and covers more than a third of the entire history of the Register - from 1672 until the first decade of the 19th century. 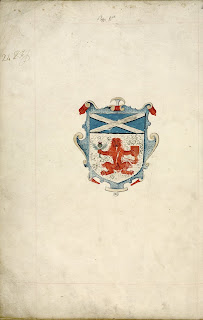 The Lord Lyon held a virtual meeting of the Officers of Arms during which he introduced the new Ceremonial and Development Officer, Fiona Mackay. He also outlined his plans for the refurbishment of the Lyon Office and the setting up of the Lord Lyon Foundation (SCIO). 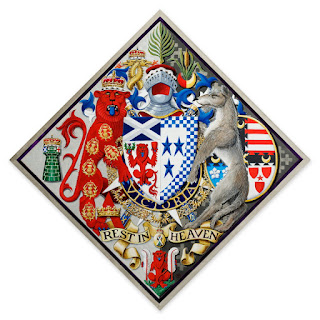 The arms of Sir Malcolm Innes, 16th of Edingight, are shown impaled with those of the Lord Lyon on the badge of a Knight of the Venerable Order of St John of Jerusalem and encircled first by the circlet of a Knight Commander of the Royal Victorian Order and then the golden Thistle Collar as King of Arms of the Most Ancient and Most Noble Order of the Thistle. Behind the shield, the batons of a Lord Lyon are displayed in saltire and reversed.  From the base and ascending along the dexter side are the badges of the positions he held as Lyon Clerk, Carrick Pursuivant, Marchmont Herald and, finally, Orkney Herald Extraordinary. Across the helmet of a knight with the palm crest of the Innes rising from his chapeau as feudal  Baron of Crommey is depicted his personal badge of a bullrush and crescent. The dexter supporter is that of  the Office, and the sinister supporter is Sir Malcolm's (heraldic) greyhound.  The hound partially obscures the arms of Joan, Lady Innes, who predeceased her husband. Only the sinister half of the hatchment is blackened as, of course, the Office endures
.

The Lord Lyon as Patron of the Scottish Association of Family History Societies attended virtually the AGM which was held on 3 October. The AGM was followed by the Executive Committee and Council Meeting.

The Lord Lyon at the invitation of the Cupar Development Trust attended a Zoom Presentation by Bill Pagan the chair of the trust to launch the new Arrival and Interpretive Signage for the town. The project demonstrates civic pride and promotes the life of Cupar. 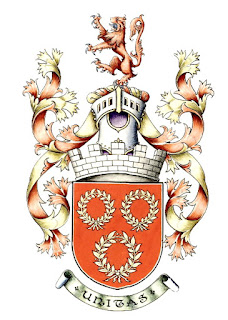 The ancient arms of the Royal Burgh were recorded in 1929 -  Gules, three crowns of myrtle Or 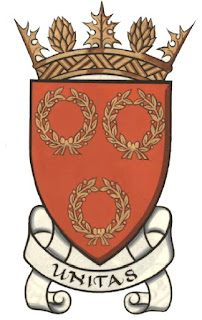 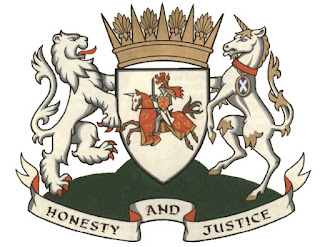 The Clan MacGillivray Gathering, at which the Lord Lyon was to speak, was cancelled due to the pandemic. However, in good clan tradition they marked the occasion by the issuing of a coin as a memento and keepsake. Lyon was delighted to receive the coin and the card with the hope to join a future Gathering to celebrate Scottish Life. 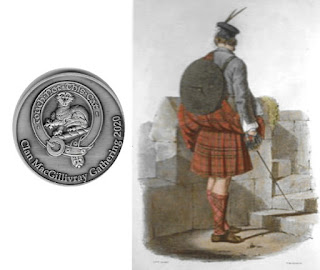 Tributes have been pouring in for Sir Malcolm Innes of Edingight, Lordl Lyon from 1981-2001:

The "Times" obituary by Gordon Casely FHSS which was published on Saturday 26th September can be found HERE:

An Appreciation of Sir Malcolm by his long-time colleague and friend, Elizabeth Roads FHSS, can be found HERE:

Finally a second obituary, slightly different but also by Gordon Casely FHSS and published in today's "Scotsman", can be found HERE: 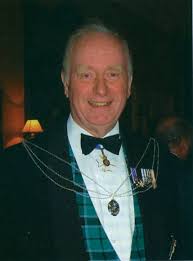 Virtual Tour of the Lyon Register

As the Lyon Office looks as if it will remain closed until well into 2021, we can have a short virtual visit to its greatest treasure - th...